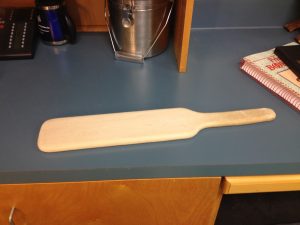 A new study shows that children with disabilities are paddled in school at a higher rate than their peers. A handful of area schools districts still practice corporal punishment when other discpiline fails and in accordance with parents. Overall the practice is on the decline. The report also recommended several policy changes, including further study of the issue and legislation that would put an end to the controversial practice.