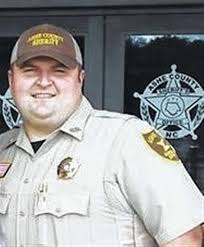 A suspended deputy from Carter County who was indicted almost two years ago for the murder of an Ashe County, NC resident has been acquitted by a jury. Joshua Franklin Hopkins also known as “Hoppy” gained fame from his time on the reality TV show “Southern Justice” and was charged in September 2015 with second degree murder of Dallas Arthur Shatley age 62. Shatley was a Christmas tree farmer who got shot and killed during a disturbance call at his home. Shatley reportedly dragged an officer with his vehicle before the shooting took place. The jury received the case Friday and the verdict came down by Monday afternoon. Carter County Sheriff Dexter Lunceford plans on sitting down with Hopkins before any type of reinstatement is considered.