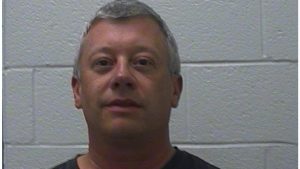 A former police officer with the Mountain City Police Department has been sentenced to 3 years in prison by a federal judge for selling drugs while on duty. Ronald Glen Shupe, 44, took a plead deal from prosecutors, pleading guilty to one count of possession with the intent to distribute oxycodone and the use of a firearm during and relation to a drug trafficking offense. A confidential witness told police that Shupe, a lieutenant with the Mountain City force had received IV injections of meth from her while sitting in the patrol car. The witness also claims that Shupe had bought and sold pain killers during his time on the job, including sales to fellow officer Sgt. Elmer Kenneth Lane who is also facing federal charges.