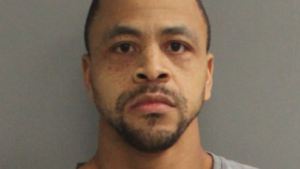 A Florida man has entered an Alford plea in Wise County Circuit Court to two counts of aggravated sexual battery. Kurtis Barge, 32, faces up to 40 years in prison after entering the Alford plea which means he admits there is enough evidence for a conviction but does not admit guilt. Commonwealth Attorney Chuck Slemp says the offense, which involved two females under the age of 13, occurred almost 10 years ago when Bardge lived in Norton. He will be sentenced on June 19.