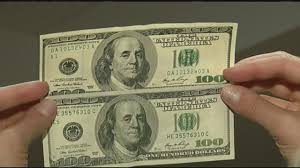 A Washington County Tennessee man will now spend ten years in prison for transgressions he committed in a counterfeit money scheme and stolen guns case. 36 year old Darrell Hobbs pleaded guilty earlier to producing counterfeit money and possession of stolen firearms. Hobbs and three others made up to 150 thousand dollars in fake money and used it to make purchases at several stores to buy firearms, tools and vehicles. Two others were also sentenced and a fourth is awaiting sentencing on conspiracy charges.