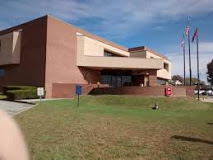 Sullivan County Jail Officials are trying to figure out what made several correction officers and inmates sick Thursday. During a search of a cell, officers found an unknown substance in a bottle and soon after began feeling lightheaded. Those officers were taken to a hospital for testing. The inmates are being monitored by county medical personnel. The sheriff’sVICE team is testing the substance.