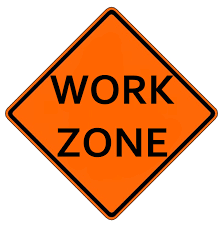 The latest work zone crash stats are in and the numbers are heading in a dangerous direction. Last Year VDOT recorded 2,666 work zone crashes resulting in 1,329 injuries and 12 fatalities. The numbers increased 10 percent from 2016 reversing a downward trend in incidents recorded from 2014-2016. This week is National Work Zone Awareness Week which typically kicks off the construction season which can last through late fall. This years theme is “Work Zone Safety: Everybody’s responsibility.” Transportation Secretary Shannon Valentine urges all to drive with heightened awareness and caution around the men and women who work on the roadways.”