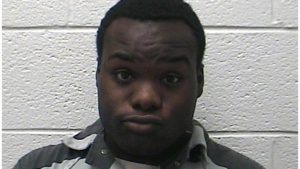 A jury has come to a verdict inthe case of second man charged in the 2015 murder of a Johnson City woman. Dallas Sarden was found guilty of murder, robbery, aggravated robbery and theft in the death of Karen Parker, 59, in 2015. Opening statements started Tuesday. Jurors came to the verdict later Thursday. Sarden will be sentenced July 26th