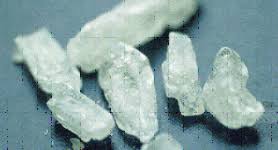 Two people Involved in a Meth distribution and conspiracy case have been sentenced in U.S. District Court in Abingdon. Todd Houston Conyer, 30, of Pennington Gap, was sentenced to five years in prison. Leslie Ann Clasby, 42, of Jonesville, was sentenced to seven years in prison. The two were part of a larger operation consisting of five other defendants who will be sentenced later this month. Conyer and Jones conspired to distribute more than 50 grams of Crystal Meth in Southwest Virginia from sources in Kentucky and Tennessee.