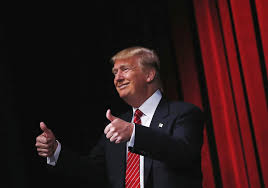 According to a recent poll…President Trump’s approval rating of 56 percent in Tennessee is higher than support for either of the states two United States Senators, but lower than that of Governor Bill Haslam. Trump’s approval rate of 56 percent was higher than U.S. Senator Bob Corker’s rate of 48 percent as well as U.S. Senator Lamar Alexander’s 53 percent. Governor Bill Haslam has an approval rate of 67 percent.