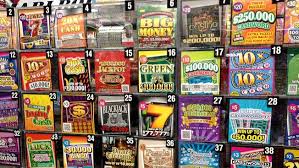 A Virginia scratch off lottery ticket, bought at a local gas station by woman in Abingdon, Virginia, proved to be a big winner! Eulala Vanover was in her car with a friend when she began scratching the ticket to discover she’d won $250,000. Vanover won the top prize in the Cash Multiplier scratcher game which she bought at the Roadrunner market on the Porterfield Highway. The chance of winning the top prize are 1 in 1, 040,400. Vanover is the second to claim the prize and two more remain unclaimed in Virginia. She says she has no immediate plans for her lucky winnings.