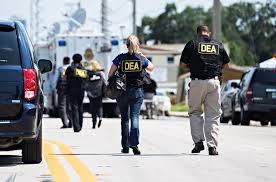 Federal Agents have raided the home of a local addiction treatment doctor and the eight recovery centers he operate in Tennessee and Virginia . This includes the Watauga Recovery Clinic in Johnson City, which treats around 2500 patients. Agents raided the home of Dr. Reach, downloading the contents of phones and computers. They were reportedly looking for records of controlled substances, something that Reach claims was never kept on site or administered in anyway. Agents also confiscated cell phones and took hard drives from computers at the Watauga Facility. Reach says he would have willingly cooperated with authorities had they asked and fears now with some confiscated materials it could interfere with some patiets treatment. No one from the practice charged with any crime and the eight clinics that were closed Wednesday during the raids re-opened again Thursday.