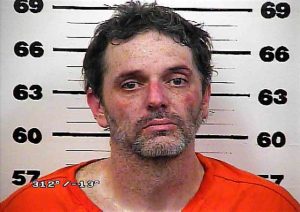 A Hawkins County man who lead police on a high-speed chase earlier this month will appear in court today. 42-year old Heath Dudley Drinnon was already facing allegations of sexual exploitation of a minor when he refused to pull over for Rogersville police. The chase ended in a crash near downtown Rogersville. Drinnon then attempted to flee on-foot, was tazed and apprehended.