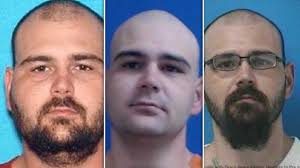 A reward of almost fifty thousand dollars is now being offered for information leading to the capture of Steven Wiggins. Wiggins, now on the TBI’s Top Ten Most Wanted list for the shooting and killing of Dickson County Tennessee Sheriff’s Department Officer Daniel Baker. Baker’s body was found in his police cruiser early Wednesday morning…Sergant Baker had been shot multiple times. Tips continue to pour in and the current reward stands at 46 thousand dollars. The TBI arrested 38 year old Erika Castro-Miles on first degree murder charges for her part in the slaying of Officer Baker. The TBI says Wiggins should be considered armed and dangerous and could be anywhere.