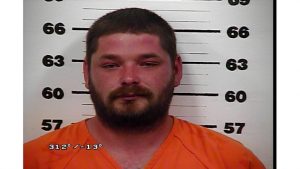 In Hawkins County, a man lead law enforcement on an 80 mile per hour ATV chase.

On Wednesday evening, police spotted a four-wheeler on Country Lane Road. When the deputy approached, the rider took off, engaging in a police pursuit.

Once authorities removed McClellan from the ATV, he battled with law enforcement. The Hawkins County Sheriff deputies then had to use a stun gun to restrain the man.

McClellan is being charged with evading arrest, reckless endangerment, driving under the influence and a number of other charges.