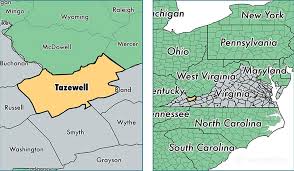 At Wednesday nights Tazewell County Board of Supervisors budget hearing, more than 30 teachers stepped to the microphone to rally support against proposed budget cuts that could cause the local school system to lose more than $1.5 million.

During the economic recession of the late 2000s, measures were taken to help those struggling financially. With a bounce back and employment rates on the rise, many have expressed a desire to raise taxes to counteract the mounting debt faced by the community.

From the years 2010 to 2016, the county experienced a five percent loss in population and tax revenue from those who moved away. Couple that with the declining coal industry, and a snowball effect has caring citizens worried!

Not only are Schools facing cuts, but other essential departments like the Sheriff’s Office, the Tazewell County Commision, the library and the Industrial development Authroity, who could lose 66% of it’s funding.
Stay tuned for more on this developing story.