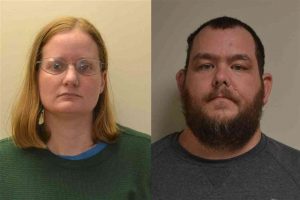 A man and woman in Sullivan County, accused of killing the woman’s husband appeared in court for a bond hearing. Michael and Ashley Strouth have both been charged with first degree murder in the killing of Michael Heatherly in September of last year. Heatherly was shot and killed in the parking lot of a Walmart in Bristol Tennessee. Michael Strouth was seeking a hearing to review conditions of his bond. A hearing for the two has been set for July 11th.