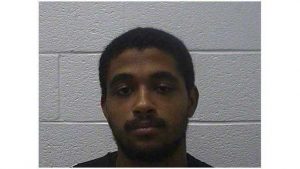 A large amount of stolen personal property has been recovered after the arrest of a Johnson City man on charges of five counts of theft from a motor vehicle. Police arrested 20 year old Malcom Hopson after a report of a suspicious person on East Highland Road. Officers then discovered several vehicles had been broken into. Police recovered the stolen property on the scene. Hopson will now appear in court on July 5.