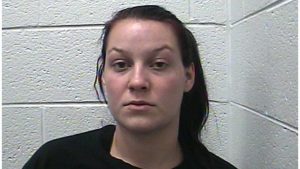 A Johnson City woman will have to serve thirty days in jail every June for the next nine years for the voluntary manslaughter of her husband. Keeva Ann Dulaney did not admit guilt in the shooting death of her husband, 26 year old Aaron Dulaney. But Keeva Dulaney did admit there was enough evidence to convict her in the shooting that occurred after the two were involved in an altercation. Dulaney says the gun accidentally went off during the fight.