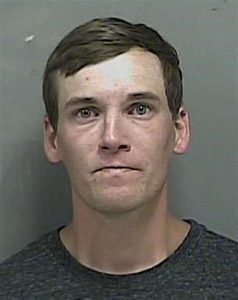 A Kingsport man caused panic at an area Walmart when he brought a replica handgun into the store.

Police were alerted to the scene after shoppers saw 21-year-old Cody Williams walking around the parking lot, brandishing what looked like a lethal fire arm.

Officers detained Williams and found the weapon to be a BB gun after he was taken in the Sporting Goods section of the Fort Henry Drive store without incident.

A report claims that Williams appeared to be under the influence of an illegal drug when officers observed his eyes. Police have charged Williams with public intoxication, disorderly conduct, and imitation firearm display in public. He was booked in the Kingsport City Jail on Saturday and is expected to be arraigned today.