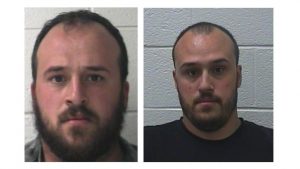 Two men are in custody after the Washington County Sheriff’s Office arrested them on multiple sexual-related charges.

Twin brothers Brandon and Landon Honeycutt were taken into custody by deputies at their Jonesborough home.