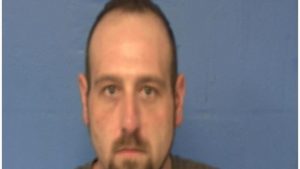 A man was caught in the act of stealing by Sullivan County Officers.

According to a report from the Sullivan County Sheriff’s Office, 34-year-old Jonathan Jilton was spotted by deputies taking an item from an unlocked car and then fleeing the scene. The man was followed to a home on Hamilton Road, and admitted to authorities that he had taken items from vehicles around the area.