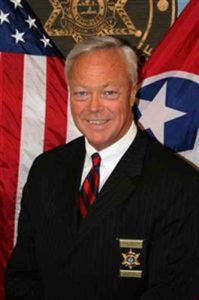 Sullivan County Sheriff Wayne Anderson is apologizing, an employee of the sheriff’s department is planning her next move and the county attorney is now looking into profanity filled, derogatory text messages sent by the sheriff to an employee of the department. In those texts, Andeson used deragotory comments about his Democratic opponent Jeff Cassidy as well as Independent Sullivan County Mayoral Candidate Gerald Sensabaugh. In that text, Sheriff Anderson says Sensabaugh is a decrepit, old, retired football player. Megan Smith, the employee who received the messages says her attorney his reviewing those texts. And now, County Attorney Dan Street has been asked to probe the messages. A previous investigation by the District Attorney found no criminal activity.