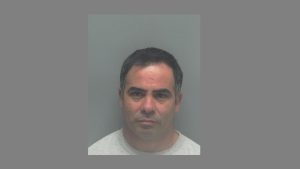 An inmate from Florida who escaped from a Kingsport rest stop on Wednesday is now back in custody but not before causing some concern at two Sullivan County schools near where 45 year old Rodolfo Lopez Chavez Vazquez escaped while being transported. Sullivan South and Rock Springs Elementary schools were placed in lock down after Vazquez made his escape at a rest stop on I 26. A convoy of guards and prisoners stopped to allow Vazquez to use the restroom and he slipped away eluding police until his apprehension Wednesday evening.