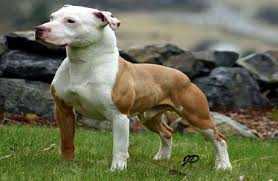 A man in Kingsport will not be charged after shooting and killing his neighbors Pit Bull dog. Kaitlyn Williams, the owner of Jeezy, an American Pit Bull says her pet was shot and killed by the neighbor when the dog escaped out the back door of her home. A Kingsport Police Department report states the dog was being aggressive as it approached the man and was growling in a menacing manner when the neighbor shot the animal. Police and the District Attorneys office agree the incident was a matter of self defense.