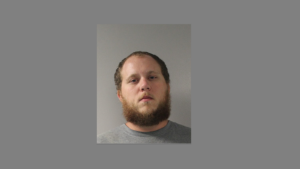 After escaping from officers twice in one day, a Buchanan man will now spend the next two-and-a-half years in prison.

He was eventually apprehended in the Levisa River. The judge sentenced Harris to 30 months in pri