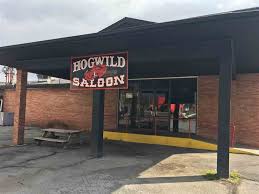 As we recently told you city leaders in Kingsport proposed demolishing Kingsport’s troubled Hog Wild Saloon and now the city has take official action by ordering the owner of the former nightclub to level the building. The once popular night spot has been closed since March after a shooting occurred resulting in the death of 20 year old Brett Rodgers of Kingsport. 16 year old William Newkirk of Bristol has been charged in the murder. Following the shooting, numerous building and safety code violations were discovered leading to the decision to demolish the saloon. The owner has sixty days to appeal the order, but is expected to abide by the city’s decision.