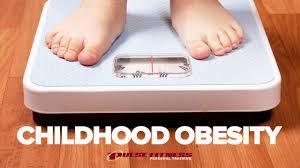 According to a report, Tennessee has the highest rate of childhood obesity in the nation and ranks near the bottom in overall health. Because of that, next week in Kingsport, as part of a statewide effort, roundtable discussions will be held to help improve the regions health as well as addressing the growing economic consequences of poor health on the Volunteer state.The Kingsport Chamber of Commerce is one of six sites chosen across the state meeting to discuss the health issues that cost state taxpayers more than five billion dollars in 2015.