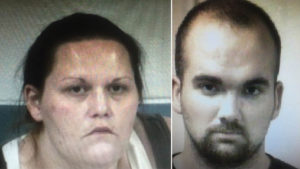 A Bristol, Virginia couple is headed to prison after both reaching plea agreements over charges that they reportedly abused their infant, leading to her death.

Heather Terry, the mother, placed an Alford plea, admitting there is enough evidence for a conviction but not actually admitting guilt. She had a murder charge dropped.

The father, Johnathan Wilson pleaded no contest to convictions of involuntary manslaughter, abuse and neglect.

Terry was sentenced to 11 years in prison and Wilson 14 years.