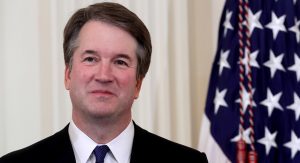 Both of Tennessee’s Senators Bob Corker and Lamar Alexander have come out with statements announcing their support for Supreme Court nominee Brett Kavanaugh. However Virginia Senator Tim Kaine says he wants the accusations that Kavanaugh sexually assaulted a woman decades ago investigated further.

The statements come after a woman accusing him of sexually assaulting her appeared before lawmakers on capital hill to tell her story. Kaine said her story sounded, “courageous and believable.”

Lamar Alexander is quoted as saying, “I will vote to confirm Judge Kavanaugh because of his 26 years of distinguished service and his reputation as a superior jurist, lawyer and teacher.”

The Senate is expected to push through the Kavanaugh nomination.