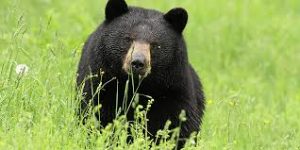 A camping ban in southwest Virginia due to increased bear activities has now been lifted by Federal officials. In a recent report we told you about, Federal officials had banned camping in portions of the Mount Rogers National Recreation Area and the Appalachian Trail back in August because of bear interactions with humans in the park. Now after four weeks park officials are lifting the camping ban, but urge campers to continue to watch for bears roaming on the trails looking for food.