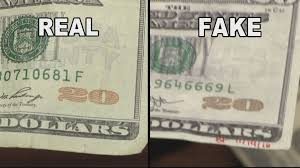 Fake money is being circulated in Rogersville and other parts of Hawkins County and now police say the have found the man producing the phoney money red handed. Counterfeit ten, twenty, and one hundred dollar bills have been reported by numerous businesses in the county recently. And the Hawkins County Sheriff’s Department recently went to serve a warrant on Robert Cody Hodge and found Hodge in the process of bleaching one dollar bills, then using a printer to turn the one dollar bills into larger denominations.Hodge is scheduled to appear in Sessions Court in Hawkins County on November 7th.