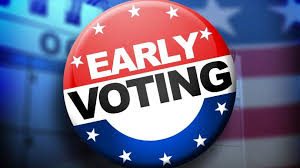 More than one million Tennesseans cast an early or absentee vote in this falls mid term elections. With election day just hours away both U.S. Senate candidates are claiming the high number of early votes is a positive for their campaigns. Democrat Phil Bredesen says he is doing well in early voting in areas where he was successful when he ran for re-election for Governor in 2006. Recent polls show Republican Marsha Blackburn with a slight lead over Bredesen.