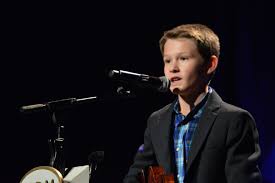 Wednesday night the 52 annual Country Music Association awards will on TV and a local teenager fiddle player will be part of the big show.Piney Flats’ own, Carson Peters will perform on the televised broadcast that originates from Nasvhille’s Bridgestone Arean and can be seen on ABC Tri Cities beginning at eight pm