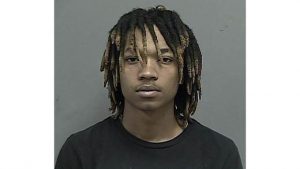 Kingsport Police continue their search for a 20 year old man wanted on attempted second degree murder charges after a shooting incident Sunday night at a local motel. Police are looking for Mark A. Harold. Harold is wanted for allegedly shooting a good samaritan in the back at least three times. The victim was trying to intervene in a domestic dispute when Harold pulled a handgun. The victim turned and ran and was shot in the back as he retreated into his motel room. Police say Harold should be considered armed and dangerous. The victim was treated for non life threatening gun shot wounds and is recovering.