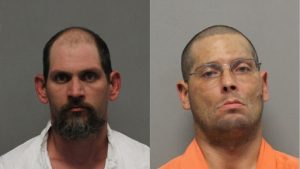 A Washington County Virginia man pleads guilty to charges of murder for his role in the brutal killing of the owner of a Saltville Virginia Inn back in 2017. Christopher Wright of Meadowview, Virginia receives a five year prison sentence for each of three convictions of accessory to murder, concealing a body, and illegal possession of a firearm. Wright and co- defendant Nathaniel Shane Prewitt, who also pleaded guilty are convicted for the brutal murder of Saltville Inn owner, 61 year old Robert Vollmer. Vollmer was beaten and his body dumped in a septic tank on the property where he owned the Blue Heron Inn.