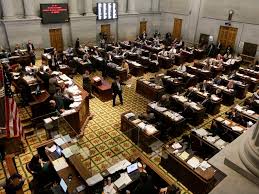 In Tennessee Political news, Glen Casada, who recently won the nomination as House Speaker in the Tennessee Legislature says he wants to give the chamber in the House a bigger role in developing the state’s annual budget. Newly elected Governor Bill Lee says he is not sure how the House will become more assertive in the state budget process. Lee says he has no idea if Casada’s intentions will take place, but he does know the two sides will be working together on the budget development