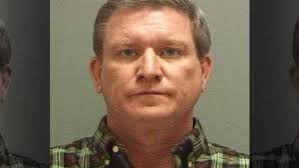 A Disney Channel actor from Kingsport is in trouble with the law after allegedly trying to meet a thirteen year old boy for sex. 48 year old Stoney Westmorland, according to Salt Lake Utah Sheriff’s officials is accused of using a dating app to send explicit photos of himself and attempting to meet the child for sex. According to police, Westmorland arrived at an arranged spot, and FBI agents along with Salt Lake authorities arrested him. Westmorland, is a graduate of Dobyns-Bennett High School in Kingsport and played the grandfather of the Disney Channel series Andi Mack.