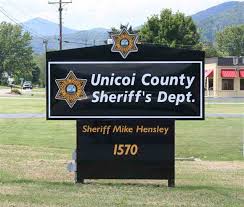 Three people accused of trying to kill a Unicoi County woman made a court appearance on Thursday. Matthew Taylor, Austin Gill, and Kendra Adams are accused of beating, gagging and then throwing the woman over an embankment while hiking near Jones Branch Campground this past Sunday. The victim played dead until the trio left and she crawled to where she could call for help. The three are charged with attempted first degree murder and were appointed attorneys for a court date set on January 24 at 130.