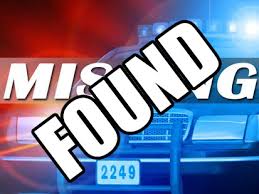 A missing 15 year old Buchanan County girl has been found safe, and the man who allegedly abducted her has been arrested. 15 year old Madeline Wells went missing Wednesday after she was last seen at the Comfort Inn Motel in Grundy, Virginia. Authorities have arrested 21 year old Michael Newman of North Carolina. Investigators believe the two met on Facebook and had been seeing each other for several days, before the two disappeared in a black truck. Its not known at this time where the two were located.