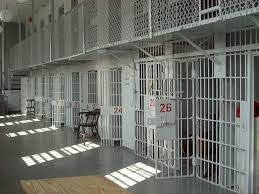 Hawkins County jail officials are confirming an inmate has died after being found unresponsive. According to Sheriff Ronnie Lawson, 45 year old Paul Smith of Church Hill was found around 715 am Saturday. Smith was taken to an emergency room where he died a short time later. Smith was being held for non violent felony charges. Preliminary evidence shows Smith died of natural causes, however the investigation continues and those findings will be sent to the District Attorneys office and the TBI.