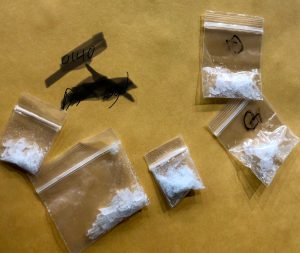 According to Washington County Sheriff Fred Newman, Ray Charles English, 26, and Cassidy Jade Horton, 24, were pulled over after a deputy observed an unusual amount of stopping in the roadway.

Police conducted a field sobriety test on English, the driver of the vehicle, under suspicion that he was under the influence. Deputies then placed English under arrest, charging him with misdemeanor driving while intoxicated.

English and Horton were both taken to the Southwest Virginia Regional Jail and are being held without bond.