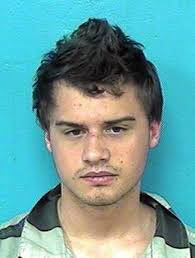 After two and a half days of deliberations a Sullivan County jury has found Robert Denton guilty of the brutal shooting deaths of his mother, stepfather, and grandmother in 2015. A 12 member jury heard the prosecution this week say that evidence showed Denton killed his mother, stepfather and grandmother with a rifle at their Henson Road home in Sullivan County. Six children were also in the home at the time of the shootings. Denton claimed his grandfather was the one who shot and killed the trio.