Johnson City Man Charged With Striking Woman, Then Dragging Her With Vehicle 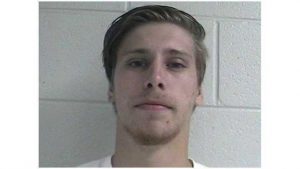 A Johnson City man, who allegedly struck a woman with his vehicle, then dragged her with it is now facing multiple charges. Police arrested 24 year old Zachary Toney after responding to a disturbance at Downtown Square early Saturday morning. Upon arrival, officers witnessed Toney hitting the woman, then dragging her with the vehicle. Toney reportedly hit other pedestrians and nearly hit an officer as he fled from police. Toney was eventually stopped and is charged with reckless endangerment and evading arrest