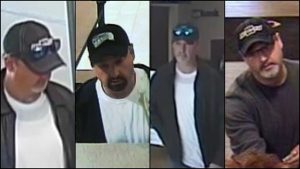 A man known as the Traveling Bandit, who is accused of robbing more than a half dozen banks across the country, including one in Johnson City is set to stand trial in Florida and could face up to twenty years in prison if convicted. Jason Lee Robinson of Pikeville,Kentucky is linked to seven bank robberies across the U.S. The Traveling Bandit hit banks in Asheville, Johnson City, and Mount Juliet Tennessee before moving on to heist banks in Alabama, Illinois, and Utah. Robinson was arrested in Colorado and so far has only been charged with one count of Bank Robbery. He’ll be arraigned on May 12.