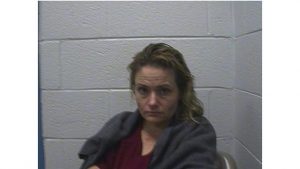 A local woman is indicted by a grand jury for helping a man suspected in the death of a Washington County, Tennessee Jail inmate. Candyce Stout was indicted on two counts of accessory after the fact for helping Jonathan Pearson hide from police. Pearson was indicted on charges of aggravated assault resulting in death and conspiracy aggravated assault resulting in the death of Joseph Lockner. Lockner was found dead in the jail last December by jailers. Investigators say Stout knew about Pearson’s charges and help him hide from police. Stout is currently being held in the Washington County, Tennessee Jail.