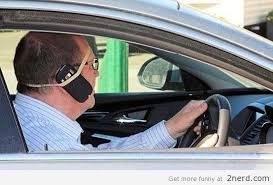 A bill to make it illegal in Tennessee to talk on a hand held cell phone while driving passes a Senate Transportation Committee vote. The bill is sponsored by Elizabethton Republican John Holsclaw. Tennessee, according to a report has the highest rate of distracted driving fatalities in the nation at nearly five times the national average. The bill will now go to the finance committee before heading to the House floor. If approved, it then goes to Governor Bill Lee for his signature.