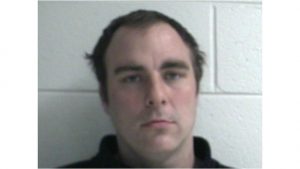 A Johnson City man is behind bars after threatening to kill his girlfriend and slashing the hose to her nebulizer, a device used for the treatment of breathing issues.

33-Michael Piccioni has been charged with aggravated domestic assault after Johnson City Police received a report of him threatening to kill his ex-girlfriend while holding a knife.

Piccioni reportedly went onto slap the victim and slash to chord to her nebulizer. When officers arrived his was found in the bedroom holding a large knife.

Piccioni is currently being held th in Washington County jail.