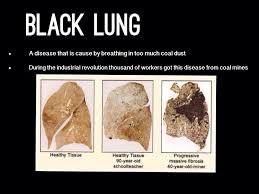 It’s a disease that’s been around as long as the industry that causes it and now Black Lung is on the rise again in Southwest Virginia. The Centers for Disease Control and Prevention reports one in ten coal miners who’ve worked in underground mines over the last 25 years has the disease. Coal seams getting smaller, forcing miners to cut more rock and exposing them to more dust, including the toxin Silica is one of the causes for the increase in the number of cases. Currently the federal government doesn’t regulate silica exposure in coal mining. Stone Mountain Health Services in St. Charles and Vansant are both offering free scans today in honor of Black Lung Awareness Week.