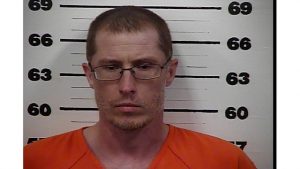 A Rogersville man has been indicted by a Hawkins County grand jury on two counts of rape of a child.

37-year-old Bobbly Lee Arnwine was arrested April 30. The indictment shows that the alleged incidents happened between August 2010 and August 2011.

It also reveals the child involved was between 3 and 13.